As featured in The Independent.

Anas Nader and Jing Ouyang were working as junior doctors when they imagined a platform that would connect vacant shifts with healthcare workers, reducing the need for agencies that were crippling the NHS with high fees.

Even before coronavirus, the NHS was spending an increasing amount of money on agency staff to fill vacancies.

In 2018, three leading healthcare think tanks said that staff shortages in the NHS had become a bigger threat to the future of the service than lack of funding. A briefing by the King’s Fund, the Health Foundation and the Nuffield Trust argued that there was a shortage of more than 100,000 staff across NHS Trusts, expected to reach 300,000 by 2050.

In order to fill these vacancies, NHS trusts have increasingly relied on locum, or temporary, staff from agencies. As staff shortages have intensified, the cost to the NHS of these agencies spiralled upwards. By 2018, the NHS calculated that it could free up £480m to invest in patient care if it filled staffing gaps with workers from a staffing “bank” of workers already signed up to the NHS payroll, rather than from expensive staff agencies, that cost on average 20 per cent more.

Patchwork saves the NHS money by allowing managers to connect healthcare workers that are already registered for flexible shifts and on the payroll of the hospital with their vacancies. It charges to implement the software, offering trusts access to a visual platform that eliminates the commission charged by agencies and gives employers access to a whole database of workers who are already signed up to zero-hours contracts.

While many hospitals already have a “staff bank” of employees signed up to flexible shifts, many are inefficient. Nader says that currently, only 30 per cent of NHS vacancies are covered by bank workers: “We transformed the bank, allowing employers to scale their operations so that it can cover 90 per cent using the platform.”

After the coronavirus began to take hold in March, Patchwork saw an uptick in demand from all its NHS partners as well as requests from other trusts to implement the system at speed, to cope with new staffing shortages.

Nader says the company has created an accelerated implementation to get trusts using Patchwork within 10 days, while creating existing trusts with bespoke dashboards and analytics to track and forecast demand. It is also building up digital regional staff banks to cope with this demand, waiving commercial interests to offer these banks, and associated support, for free.

Nader says that Patchwork is doing its best to support the frontline teams facing the greatest challenges, including A&E and intensive care. “Using our platform, frontline teams will be able to broadcast additional vacancies as a result of Covid-19 to all clinicians on our app with the appropriate skill sets,” he says. “This will help quickly deploy healthcare workers to backfill for sickness or additional demand.”

Nadar grew up in Toronto, where he studied for a masters in biomedical communications, before transferring to the UK. He met Jing Ouyang at Imperial College London, where the pair were training to become doctors.

After graduating, Nader spent a few years as a junior doctor in the NHS. Even though he was committed to his profession, he felt frustrated that he had sidelined his interest in technology and global health.

When Nader started a fellowship at Chelsea and Westminster, he got the opportunity to test an idea that he and Ouyang had for Patchwork. One year into his role, Nader was asked to look into the skyrocketing spending on agency staff within the hospital. “They wanted me to build a bank of workers to fill those slots,” Nader remembers. “That was an opportunity for me to understand the challenges for the employers and understand the complex processes that people need to work with, whether it’s the compliance team or the finance team."

He realised that whatever they were going to build, it had to be something at scale that did not increase the administrative burden on the hospital. Nader spent eight months co-designing a platform within the NHS, culminating in the launch of a pilot product in 2016. Chelsea and Westminster Hospital saw 90 per cent of shifts filled directly through the hospital’s own staff bank as a result of the Patchwork platform, compared with 35 per cent when using legacy systems. This meant a cost-saving of over £1.2m per year. Even Nader was surprised: “We didn’t expect these results to be as good as they were, but the baseline was so low to start with.”

Nader says Patchwork is a way to improve the outdated employment system in the NHS, which was built in an era where doctors and nurses were expected to stay on one track for their whole career. “But we’re seeing a shift,” he says. “Younger doctors are looking for more flexibility in their hours so they can pursue other interests, care for children or elderly parents. You’re also seeing a new generation of doctors interested in innovation, entrepreneurship and consultancy who want a rich and diverse career. For all of these categories, they had to leave the NHS and join agencies.”

The team expanded their pilot to other trusts. They began to look at ways to use data to help trusts plan their budgets to account for flexible staff. “Temporary staffing is just a vehicle for flexible working,” Nader says. “It’s about how we can make it part and parcel of how the NHS works with their staff. It’s really become quite apparent for NHS trusts and regulators that this is not just supply and demand but appreciating the expectation for more flexibility.”

Research supported the Patchwork team’s findings. In 2010, 83.1 per cent of doctors went into speciality training straight after they completed their foundation training. By 2016, this had fallen to 50.4 per cent, according to a survey by the UK Foundation Programme Office. Some 90 per cent of doctors who complete foundation training come back within three years, according to the General Medical Council.

In the long term, Patchwork will allow the NHS to cater for the demand for flexible working from staff. “I think we’re going to see a wider adoption of flexible working patterns within the NHS, so that 10 or 12 year training programme to consultant level will become a lot more flexible,” he says. “We’re going to see technology evolving to address that change – and we hope to be a leader.” 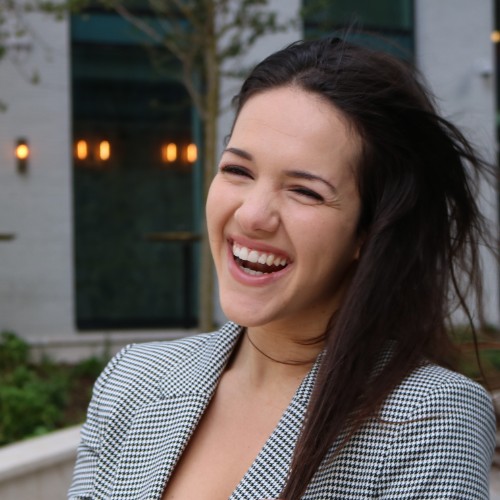