How to encourage healthcare workers to choose bank over agency. PART 1. 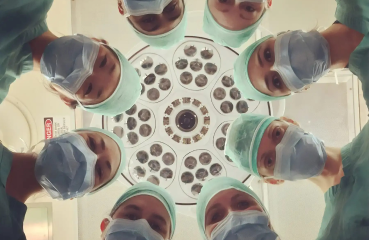 PART 1: WHY THE AMOUNT OF MONEY ISN’T EVERYTHING

Would you rather be given £100 today or £100 in a month’s time? We humans are complex beings. Whilst we like to see ourselves as autonomous and logical creatures, it turns out that we have some inherent cognitive biases. Take the question above – you’d take the £100 today, why wouldn’t you? But what about if the question was whether you’d rather have £100 today or £120 in a month’s time? Most of us would still choose to take the £100 today. This is as a result of the cognitive bias called ‘hyperbolic discounting’ – where people naturally choose smaller, immediate rewards over larger rewards in the future. (As shown in US lotteries where winners regularly choose a smaller lump sum rather than receiving the full jackpot over a longer time period). So how does this relate to the NHS and encouraging healthcare workers to choose bank over agency? As widely reported, the NHS is grappling with a staffing crisis. Seeking better work-life balance, more and more staff are choosing to leave the NHS. As a result, organisations have become reliant on expensive recruitment agencies to plug the gaps. This situation is exacerbated by the fact that these agencies are able to offer clinicians flexibility in hours worked, a higher hourly rate and – pertinent to this blog – faster access to accrued earnings. The rest of the team at Patchwork and I are on a mission to change the status quo – unlocking a different model of flexible working that is more sustainable for the health service. We don’t demonise agencies – we recognise that they play a useful role in the temporary staffing ecosystem, especially for when vacancies arise last minute (in the same way that I am happy to pay a premium rate for same-day-delivery of flowers when I inevitably forget Mother’s Day each year). Instead, we have created a Bank First model that enables the NHS to make use of the same benefits that agencies have traditionally provided, allowing us to ‘level the playing field’. So how are we using ‘hyperbolic discounting’ to redress the balance of bank vs agency? One way is from revolutionising the speed of payments for bank workers as agencies have typically benefitted from a faster pay-cycle. Where many bank workers have had to wait until the end of the month to get paid, had they chosen to work through an agency they would have been paid weekly or even on the same day. Thanks to our partnership with financial wellness company, Wagestream, we can change that. We’ve introduced instant access to earnings through our platform, allowing a clinician to be paid as soon as a shift has been completed. This adds to the other ‘immediate response’ features built into Patchwork (including instant bookings and chat functionality) – which when assimilated together, provide workers with a greatly enhanced bank experience. Keep an eye out for Part 2 of my blog for more on this! So as NHS organisations look to make working bank a more attractive offering – let me reframe my initial question: would you rather be given £100 right now or £100 in a month’s time? – As a healthcare worker myself, I know which one I’d choose.