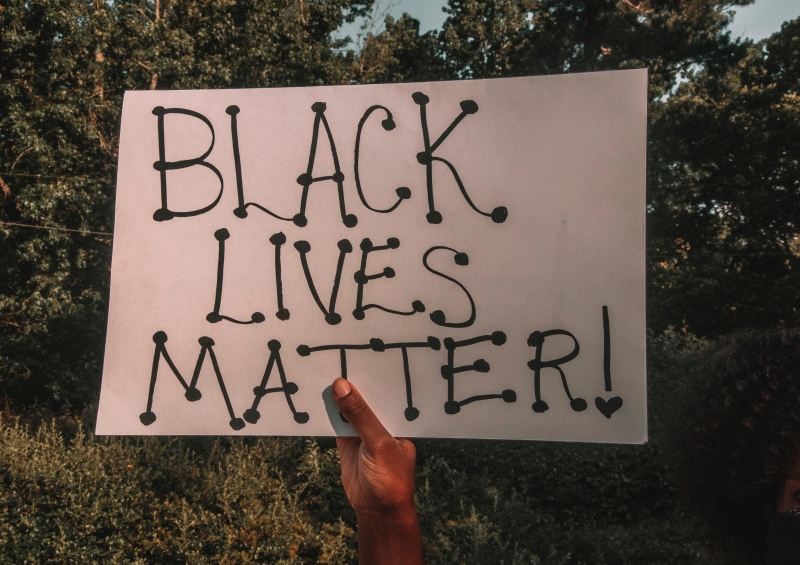 I felt my limbs tremble uncontrollably, my mind - despite being asleep - was churning away.  It felt like there was friction in my head, cogs turning faster than they normally would.  I toss and turn, burning up despite the cool air of the fan tickling my back.  I subconsciously wipe my eyes, the amount of moisture surprising me, forcing me to sit up.  I was asleep, now awake in tears.  I meditate briefly, confused as to why I am awake despite being in a pitch-black room, wife purring peacefully next to me.  I feel haunted, troubled, scared.  Yet I also feel tethered, defiant, empowered.  Then it hit me – I was thinking about George Floyd.

I do not know what is worse for our human race as a whole.  Watching a 46 year old black male’s life fade into the ether for 8 minutes and 46 seconds, or the fact that as soon as police arrived to the scene, it was already almost a forgone conclusion that a human was going to be treated with contempt, purely because of the colour of their skin.

My wife (a beautiful, self-proclaimed ‘pasty white woman’) and I live in a small town in the North West of England.  Out of a population of 60,000, around 2% of people are BAME (Black, Asian and Minority Ethnic).  Whilst being married to me, from an altercation on our very first date to other situations through the years, she was forced to open her eyes to a once hidden world of subtle racism.  Problem is, it’s a pandemic that has been plaguing the world long before Coronavirus arrived.

My wife works in a Secure Psychiatric Hospital in the North-West of England.  One of the largest parts of her training was MVA (Management of Violence and Aggression) restraining tactics.  It’s a not too dissimilar form of police force training on how to subdue and control combative patients.  One of the main cardinal rules she was taught was that under no circumstances, should the majority of your weight be on a patient, as this will harm and hurt the patient.  This was drilled into everyone in training, over and over again.  In effect, if you are trained on how to restrain, you are trained on how to manage harm.  I was interested to hear my wife’s opinions on not only the way George Floyd was restrained, but other confrontations with police. My wife could only last a few seconds before the blood drained from her face, her emotions showing sheer horror. After regaining her composure, she agreed, these people of power deliberately reverse engineered their training to inflict as much pain as possible.

This is the world we currently live in.  There are people in places of extreme responsibility, with little to no accountability.  Some (I may even say most, but with hesitation) see this as an honour and act with integrity, kindness and compassion.  It goes without saying that these ‘shining lights’ are currently overshadowed, like a lunar eclipse.  Their light, hijacked and terrorised by darkness.  The problem with this analogy is that an eclipse is momentary.  This darkness has been growing over time.  There has recently been evidence of people in authority trying to do the right thing, only for others to scupper the path of justice by employing crude delaying tactics, or recusing themselves from issues.

‘Turning a blind eye’, ‘minding my own business’, ‘I’m not a grass, ‘I got your back, brother’.  Once upon a time, these phrases made sense.  People are taught to use these decisions at their discretion on the premise that there is ‘no harm, no foul’.  Today, these terms have chilling connotations.  Mr Floyd was surrounded by at least 4 people who took an oath to ‘protect and serve’.  Borrowing my wife’s training again, extreme restraining tactics require one person to oversee the whole process, focusing on danger spots.  Ensuring the patient can still breathe and is not in ‘unnecessary discomfort or pain’ while in the ‘care’ of the team.  I think the nail in the head is the term ‘care’.  It is apparent that this word was never in the minds of these policemen - other than caring how many combined social media followers the nearby members of public streaming this murder in progress had at their disposal.

If there is any small glimmer of hope to come from this terrible situation is that we as a human race need to understand that it is not acceptable to treat ANYONE in a way that you would not expect someone to deal with our own loved ones.  And to hold EVERYONE responsible for their actions with the same punishment and ultimately, forgiveness as long as the punishment fits the crime.  In the same breath, we as a human race need to stop finding new ways and excuses to become our own demise.

Neglecting any aspect of our race as a whole has been shown to have huge ramifications in the future.  From the demise of Aboriginal People during the British colonisation of Australia, to child slave labour in clothing factories worldwide.

On a side note, I think there is a fine line between accepting that there is an issue between two  specific races (white vs brown/black) and 'whitewashing' the narrative with terms such as 'All Lives Matter'. Of course I think that all lives matter, but  it has become apparent that very few races have to do what I will as a father. In two years as my son starts secondary school; having a discussion on how to deal with authority and how NOT to antagonise them, while KEEPING your own dignity, right and most of all, his life.

I want to be extremely clear about this; I do not agree with rioting which takes attention away from peaceful protests. But people must also remember: how did America gain its independence from Britain? What was the catalyst?  In the face of British suppression and extortion; the result was riots and violence. America is proud of this history. Children are taught from a very young age how America came into being, there is even a National Holiday to celebrate their efforts to become independent, freed from oppression. Yet some people are confused when after countless peaceful protests, crying families, legal challenges, and supposed re-training courses take place to no avail, people start to resort to historic tactics to try and resolve historic problems. Today, I sincerely hope that the small number of people who have used this movement as a guise to fill their pockets and cause harm to others (including police) are made accountable for their actions.

But as sad as it is to say this, we, people of colour, need the help of people like you and our Caucasian peers.  People in authority often hide behind the assumption that they do the 'people's work', enforcing rules of their communities with the autonomous, supposed assumption that society is 'on the whole' satisfied with their approach.  What I feel like I am noticing this time, is with the power of the media (and let’s face it, probably the same Russian social media bots that was designed to destabilise the last American election) and white/Caucasian people from all walks of life, telling their own police men and women; ‘No!’.

They don't want this kind of abuse in their community. ‘No’, it is not OK to shoot a black man on my street because they are jogging, ‘No’, it’s not ok to send police to an address because a black person is leaving an AirBnB with a suitcase.  We need the 'White' society that these establishments claim to protect and serve, to turn to their authorities and tell them to refrain from killing innocent black people for them.  From white people with deep pockets who often contribute to Police charities and events to begin to start closing their cheque books, to ‘Social Influencers’ who have huge platforms and reach.  Family members of people who cause harm or have bigoted or racist views.  No matter who you or or where you feel you fit in the circle of life on this earth,  you have a voice. Only once we truly join forces will the authorities start to listen.  Evidence of this has begun to surface, with all four former police officers involved in Mr Floyd’s demise, being faced with charges.

As you can probably tell, I’m no writer, blogger or columnist. I’m just a northern lad of colour.  I feel compelled to do my bit for my people, all people, for my son’s future and the world as a whole.  My intention is not to alienate myself or people who are not like me.  Perhaps because of my upbringing, I feel a constant urge to promote kindness to others and embrace difference and diversity.

I hope that reading this provides you with some insight, understanding, compassion and a desire to act, and ensure that, should you witness injustice that you should challenge it.  Be vocal.  Whether it’s social media posts, a conversation with loved ones, a debate with friends, or a donation to a worthy cause.  You may not know me, but I love you as a neighbour, fellow human and a person who wants everyone in this world to feel valued and respected. 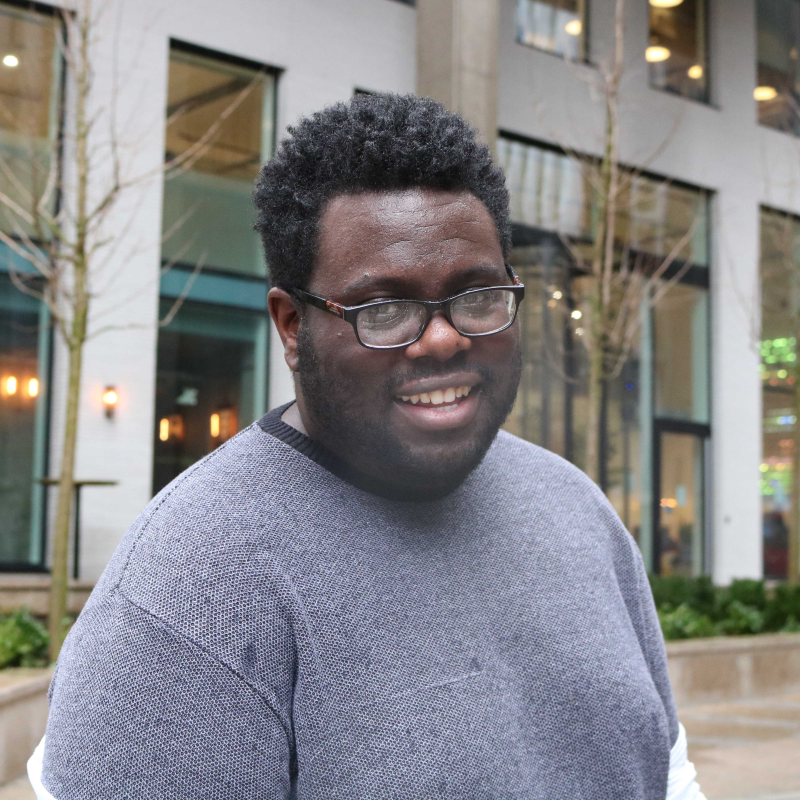